How many of you have been enjoying the summer? I know I have! Yes, it gets hot outside but I am still enjoying it-especially after the winter we had! However much I am enjoying the outdoors though, it is nice to be able to cool off while having fun out there. And what better way to do that than with some Aeromax water toys?! 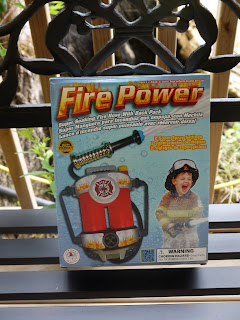 I received the Fire Power Super Soaking Hose for review from Aeromax. This takes water fights to a whole new level! First off, the pack is actually a backpack, so your child can wear their soaker. Of course, having it look like a fireman's backpack and hose, makes it that much more fun. When E was little he always wanted to be a fireman, so this would have been perfect for him. 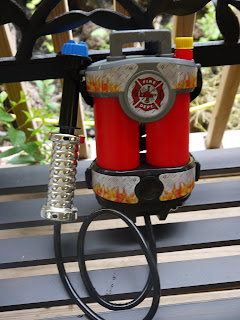 The backpack holds 1 liter of water, which gives about 50-60 sprays per fill-up. It's very easy to fill; unlike those water pistols and toys that have a tiny hole, this has a removable cap. I was honestly surprised at how far the water shoots out of the hose. I expected one of those cheap toys that barely sprays, but this has some serious reach! 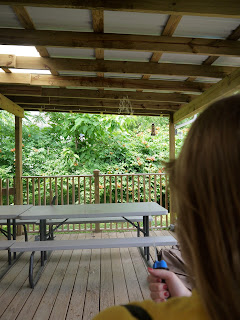 M certainly had fun with this new toy, and it will be used a lot over the summer I know. The kids have been asking for a water ballon fight soon, but I know everybody will be clamoring to get the Super Soaking Hose instead of balloons! 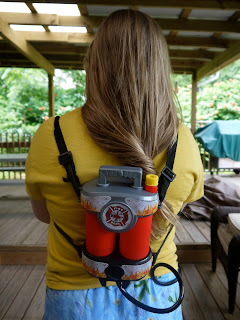 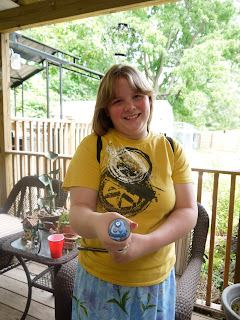 One of my readers will receive an Aeromax Toy from the list below!!


a Rafflecopter giveaway
Posted by Hope at 11:14 AM