Test Your Medical Knowledge: What Do You Know About Chronic Heart Failure?
If you look at the words “chronic heart failure”, you can’t help but question how it can be a ‘condition’. If you suffer from chronic heart failure, does that mean that your heart literally stops working repeatedly? Are you one of the many people that believe that heart failure is synonymous with a myocardial infarction, more commonly referred to as a heart attack, or cardiac arrest? If so, there’s a lot for you to learn because many of the underlying causes that can lead to heart failure, a condition that affects approximately 5 million Americans each year, are completely in your control. 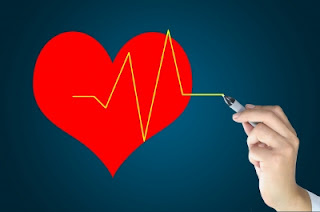 Take Control of Your Health- Now:
Heart failure is not the same thing as a heart attack, although it may be caused by one. Heart failure occurs when the heart can no longer perform its necessary function in the body: it is unable to pump and distribute blood throughout the body. Symptoms include the inability to exercise, leg swelling, and shortness of breath. One of the biggest components of treatment is a change in lifestyle like dietary changes such as reducing salt intake, introducing light exercise into your daily routine, or quitting smoking. Instead of waiting until you have a condition where you have to change your lifestyle, why not create good habits now to prevent having a heart condition later in life? At the very least, if you have bad habits, change them before they become even more problematic. Start eating healthier, begin exercising, reduce your alcohol consumption, and quit smoking. If you already have complications like high blood pressure from smoking, don’t wait! See a doctor so you can begin to lower your blood pressure. If you catch it in time, the answer may be as simple as taking a Nature’s Best’s range of multivitamins and other important supplements for heart health once a day. One tablet a day now is much better than the repercussions that could occur later.
Ignoring Your Health:
There comes a point in every person’s life where he or she is hit with the realization that humans are not invincible. It cuts the deepest when a person is diagnosed with a condition that is, in many ways, preventable. Like most conditions, chronic heart failure is not entirely preventable- genetics always play a role. The point is to think about your future now- not later. If being healthy now can prevent requiring a cabinet full of medications, a pacemaker, or a heart transplant later, you might want to weigh your options.
Paige One writes about a variety of topics, from fashion to fitness.