Do you ever have trouble listening/watching to anything on your computer? You know, where you have to bend down and put your ear to the speakers just so you can catch a word here and there? Yep, me too! That has all changed, however, since I received a set of the most powerful computer speakers ever-the Olasonic TW-S7! 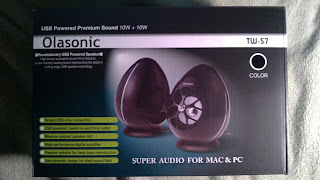 The TW-S7 speakers are available in Noble Black or Brilliant White; I chose the black, simply because black doesn't show dirt and wear as quickly :)
These speakers are powered by USB, so you don't have to play around with a power cord. The speakers are shaped almost like eggs, and sit in little rubber holders to prevent slipping or moving.


A cord connects the 2 speakers... 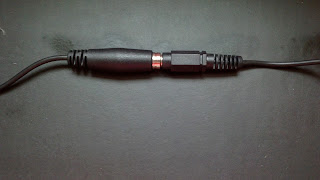 And then one of the speakers plugs into your USB port. 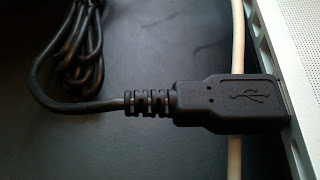 They are super-simple to get hooked up, and at least for my computer, the sound gets switched over to the speakers right away; I don't have to adjust any controls. 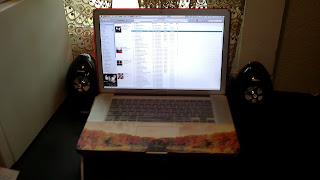 Simply telling you how much of a difference these make would not be enough, so watch the 2 short video clips below to hear it for yourself! (Please realize I am recording these on my phone, so even this does not give you an idea of the power of the speakers. My computer volume is set at the same level in both, and is about halfway or less).

This video is without the speakers, just my built-in audio
And this is with the Olasonic TW-S7 speaker system.


Can you hear the difference? I wish there was a way to let you really hear the actual volume and power of the speakers! It literally sounds like I have surround-sound on my computer now! Olasonic has produced a top-of-the-line speaker system with the TW-S7!


"Featuring plug-and-play compatibility with PC and Macintosh personal computers using a single USB cable, the TW-S7 installs automatically without the need for special drivers or software. Personal computers generally support high-fidelity sound reproduction that most speaker systems were not designed to handle. The TW-S7 employs direct transfer of digital audio signals over the USB interface to minimize added noise and distortion in order to reveal the full potential for a personal computer to deliver high-fidelity sound reproduction."