So, since we attended the Chicago Toy and Game Fair last November, we've been a little...ummm...overstocked on games?! But, our family loves games...we get together and play games almost every night before bed. So of course, we're always up for a new one! Triviathon is one of our new favorites; it is cited as game for smart AND stupid people! Honestly, this game is a lot of fun, and has a unique playing style. It's a trivia game (obviously), but my 10 year old sister has as much fun playing (and advances around the board) as much as I do! See, there's not really a right or wrong answer! You are asked how many spaces you would like to move, and then what you answer determines it. Here are a couple sample questions from the website: 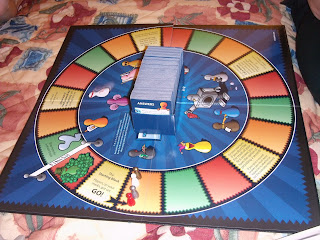 
Sound fun? It is! And the playing pieces aren't just your average pawns, either! There are 12 included, with names like the Whiz (that's me :) the Jokester (that's my teenage brother), the Hot Shot, the Athlete, and more! It makes the game a little more fun to play...your character actually has a character in this game!! 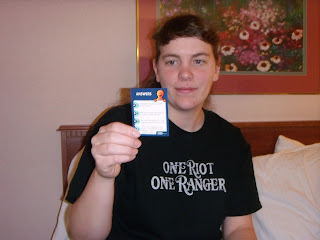 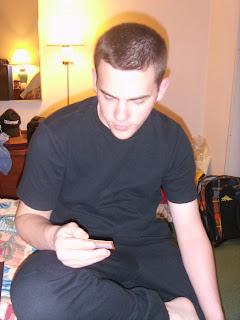 "From the creative minds of Jeezle Pete’s! comes a new board game,Triviathon, that is as unique as it is fun. Triviathon is an exciting trivia game which allows anyone to compete and win without ever having to know the answer to a question! Old or young, smart or dumb - Triviathon’s for everyone.

The company name, Jeezle Pete’s! is a Midwestern colloquial saying that denotes excitement, fun, surprise, frustration, anger and any other human emotion you would experience when playing a game... just as you will with Triviathon.
From the moment you open the game, everyone becomes involved (dumbest player goes first). Unique to Triviathon is that every playing piece has a character identity assigned and one special move that character is allowed to use to his/her advantage during the game. For the first time, your chosen playing piece (red, blue, green, yellow - 12 in all) will actually matter in the game! We believe everyone has a talent, and the game combines the physical, cognitive and social talents of each individual player. The game can be enjoyed by ages
8 to 128 (ok, we’re exaggerating - unless you’re Shirley MacLaine).
We are proud to announce the launch of our online character creator. You can go online at www.triviathon.com and custom create your playing piece, for free, including your character’s name, color, look (choose from hundreds of options) and a special move that only you can perform during the game!
Based on feedback from numerous focus groups, Jeezle Pete’s! Triviathon is enjoyed by everyone who likes to play games (both trivia enthusiasts and friends of trivia enthusiasts who would normally get roped into a game they have no hope at winning), interact with players, expect the unexpected and have fun... every time."
Disclaimer:I was not monetarily compensated in any way for this post. All thoughts and opinions are mine. All quotes taken from the Triviathon website.
Posted by Hope at 10:52 PM